Although the aristocracy of Dar Sai enjoy all the comforts of 41st Millennium technology, the moon’s serfs live under the most primitive conditions—in homes without power, an indoor water supply, or sewage facilities. Conditions are much like those of the first through third millennia.

“Some suggest an agri-world is a paradise, an idyllic sanctuary where Imperial citizens are free from the polluted, brutal working conditions of the manufactorum . . . that life on an agri-world is a peaceful, pastoral existence. The plantations of Dar Sai prove that fanciful dream to be a lie.“—An unidentified official of the Adeptus Administratum, Belliose III.

The Economic, Political, and Sociological Binomics

of the Plantation System of Dar Sai

The human population of Dar Sai (second moon of Sculptor III) is organized into an autocratic feudal society, with the vast majority of citizens serving as indentured servants bound by contract to one of more than 7,000 agricultural plantations owned by the moon’s aristocracy.

Although Imperial citizens have lived and worked on the agri-world’s plantations for millennia, a more formal—and draconian—system of servitude was imposed by the Edict of Noble Supremacy in 329.M37.

Under this legislation, the vast majority of laborers lost the right to free movement, and it became a criminal offense for laborers to leave their plantations without authorization of the plantation owner (typically referred to as a “patriarch”). In effect, farm workers became serfs, their lives subject to the direction of their noble masters.

According to the last Imperial census (239.M40), there are more than 7,000 plantations of various sizes on Dar Sai. The largest, owned by House Pauliness, incorporates the entire, if small, continent of Tabor—more than 1 million cubic kilometers of rich farmland, vast untouched forests, and mines of gold, silver, and rare minerals.

The Pauliness Plantation boasts a workforce of nearly half a million. 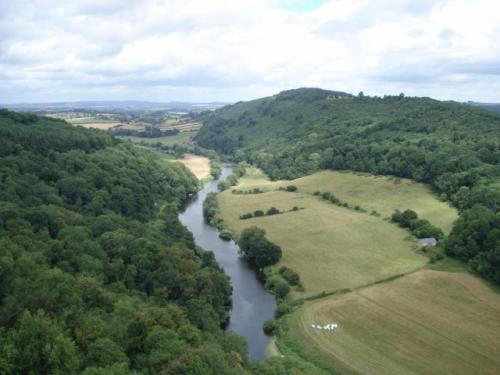 The population density on Dar Sai is extremely low by 41st millennium standards. With the exception of a small number of towns and cities required for commerce and minor manufacturing, the vast majority of the population live in scattered agricultural communities, surrounded by vast forests or, to the north, by savanna.

As a feudal society, all plantations are organized into a hierarchy of feudal states. For example, Count Alberto Pauliness—patriarch of the Pauliness Plantation—directly controls a vast area of land under his direct control but also claims the fealty of more than a dozen lesser noblemen whose plantations are part of Pauliness’ fiefdom.

Each of these lesson noblemen, in turn, incorporate smaller plantations under their personal fiefdoms.

The vast majority of plantations are, therefore, controlled by patriarchs who owe fealty to a greater noble. These plantations typically consist of 10,000-20,000 serfs, 2,000 craftsman, 500 overseers and guards, 100 minor noblemen/merchants, and the patriarch’s noble family of six to 20  members.

Serfs have no legal rights and are at the mercy of their social betters. They are required to work the lands of the patriarch, and, in exchange for their labors, they are permitted to work a small parcel of land to grow their own food.

Serfs may not move off a plantation, marry, own property, or engage in any work or personal activity unless authorized by the patriarch.

Craftsmen, overseers, and security forces traditionally are granted some additional rewards or freedoms in recognition of their greater value, but their freedom of movement is similarly restricted. Minor nobles are granted yet more freedom, but they still owe fealty and loyalty to their patriarch—and their rights can be quickly restricted if they should draw the ire of their lord and master.

The patriarch has absolute authority within his plantation—including the power of life and death—although he or she is equally beholden legally to his or her aristocratic superior. Thus, a mayor of a plantation may be legally subservient to a baron whose larger plantation incorporates the mayor’s plantation.

These land-owning aristocrats possess a bewildering number of titles, based on historical precedence, past feudal offices held, and local custom. A generalized social order for the aristocracy is thus:

The moon’s governor-general, also called a praetor, is Justinian Hypatia, one of 100 of the most senior aristocrats who serve in the House of Lords, which rules Dar Sai on behalf of the Imperium.

An aristocratic title—and lordship over a plantation—is a hereditary right, with legal protocols established within the first century of Dar Sai’s settlement. Excepting the highest ranks of the aristocracy, each nobleman owes fealty to the aristocratic family that originally granted land and title to the nobleman’s ancestors.

Hereditary rights may not be challenged unless a charge of treason, rebellion, or heresy is proven true.

The oldest child of a noblemen inherits the family title.

A nobleman is obliged to pay taxes and provide military service at his superior’s command, but otherwise is free to live his or her life as he or she wishes—and has absolute authority over the lives of citizens of a lesser social status within his hereditary domain.

A nobleman charged with a crime—or disputes the unlawful command of a superior nobleman—may appeal any charge or conviction dictated by a superior to the praetor, Justinian Hypatia, and the House of Lords.

All patriarchs (plantation owners) must turn over 1/5th of all plantation revenues to his lord and master, and provide serfs for military service upon request. 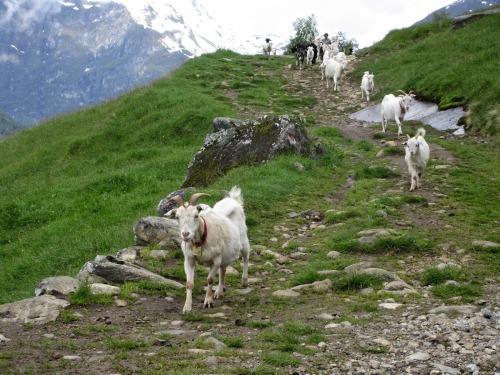 Although much of a plantation’s agricultural work is mechanized for productivity, there remain areas of the agricultural economy that is astonishingly primitive.

Much of Dar Sai’s aristocracy is corrupt, arrogant, and thoroughly unconcerned with the harsh living conditions of the serfdom. As a result, the aristocracy pays little attention to the needs or opinions of the general population, and low-level civil unrest and violence is endemic among the serfs.

What prevents outright rebellion is brutal repression. Serfs are provided no education beyond what they need to work the land. The prohibition on travel means that serfs of different plantations cannot coordinate their opposition to the aristocracy—and are not even aware if rebellious movements exist outside their plantations. With no money of their own, their resources and opportunities to acquire firearms or other weaponry is practically non-existent.

As a result, although civil unrest and rioting by the serfs has occurred frequently over the centuries, outright rebellion is rare, and all have been successfully crushed by the nobility. Among the most notable efforts:

The Pontius Rebellion 369.M39—There are no records of the serf known as Pontius until 3 369 593 M39, when a particularly brutal plantation owner boiled a laborer alive. His crime: Complaining that the village overseer was violating his wife.

The injustice and cruelty of this execution prompted the laborer’s 19-year-old son, named Portius, to rally the cowed but outraged villagers into violent opposition. The village overseer was murdered, and the village’s grain storage barns set ablaze.

Proving a charismatic speaker, Portius convinced many in his village to flee the certain repression and violent retribution that would follow. Portius and his followers led into the vast woods of Dar Sai and engaged in a two-year campaign of insurgency. The plantation owner’s mansion was burned to the ground—with the nobleman and his family inside—and several neighboring plantations raided for food.

Despite repeated attempts to stamp down this insurrection, the moon’s ill-trained Planetary Defense Force proved ineffective in capturing Portius. The young rebel’s efforts were only thwarted when a huge reward was put on his head, and ultimately one of his followers betrayed him.

(In the ultimate irony, the traitor among Portius’ followers subsequently was charged with rebellion and, after being paid in full, was fined the full amount of his reward and then executed.

The Riots of Kishore, 874.M40—A spike in food prices across the sector prompted the aristocrats of Dar Sai to export as much agricultural produce as possible. As a result, the serf population suffered starvation, although all could see that the moon’s agricultural output was bountiful.

Harvesting significant amounts of found—only to have their children starved—prompted moon-wide protests. The most violent protests occurred on the island of Kishore, particularly on the Myoki Plantation. There, dozens of overseers and guards were murdered by rioting serfs, who burned homes and craftsmen’s shops and raided granaries and produce storage units to feed their families.

The riots were savagely repressed. Ill-trained but ruthless PDF troops raped, pillaged, and murdered for a fortnight until local authorities deemed the serfs’ rebellious nature broken.

Such a victory for the social order had its price. The high profits of the plantations were lost due to the cost of lost production, destroyed crops, military expenses, and the high number of killed laborers who could not be easily replaced.

Since the arrival of the Tau in 735.M41, nearly 1,500 plantations have fallen to the xeno invaders. Although information from Tau-occupied areas is limited, rumors exist that the Tau are abolishing serfdom and granting plantation laborers their freedom. The aristocracy has been sent to re-education camps, and each plantation now is governed by a council elected by the laborers themselves.

If true, this is a threat to the underlying political, social, and economic foundations of Dar Sai society—and threatens the elite status of the aristocracy. Even if the Tau invasion is defeated, it is feared that even the temporary cessation of serfdom for millions of Dar Sai citizens could have unforeseeable consequences to the social stability of the moon.

Already, the Adeptus Arbites reports that civil unrest, sabotage, and other acts of treason in Imperial-held areas are on the increase, and there are rumors that serfs are flocking to Tau recruitment centers to support the xeno invasion as auxiliary troops. If true, heresy and treason are adding to the threat of the xeno presence.

One sign of the decadence of the moon’s aristocracy is seen in the noblemen’s lack of support for the Imperial war effort. Although plantation owners are bolstering their personal security forces to maintain control of their serfs, Imperial authorities are facing resistance in the House of Lords to proposals to raise taxes to support the military effort against the xenos.

Indeed, the moon’s House of Lords, comprising the 100 largest and wealthiest aristocrats on Dar Sai, have failed to reach agreement on expanding the moon’s PDF, partly out of fears that training laborers to be soldiers could create a sizable body of potential insurgents at the war’s end—and, most likely, that the cost of an expanded PDF would be borne largely from the personal fortunes of the aristocracy.