The twilight world of Volana

The Twilight World. That is the affectionate, yet descriptive name given to the mining planet of Volana by its populace. The planet orbits close (22 million kilometers ) to its brown dwarf star , Cyrpress Prime, and the gravitational forces interacting between the two bodies has synchronized Volana’s […]

A sister moon of Dar Sai, Druidia is the closest moon orbiting the gas giant of Sculptor III in the Sculptor System. No Imperial records document the date of Druidia’s settlement. Folklore suggests that, as the world has limited mineral resources, the Administratum never formally settled the moon […] 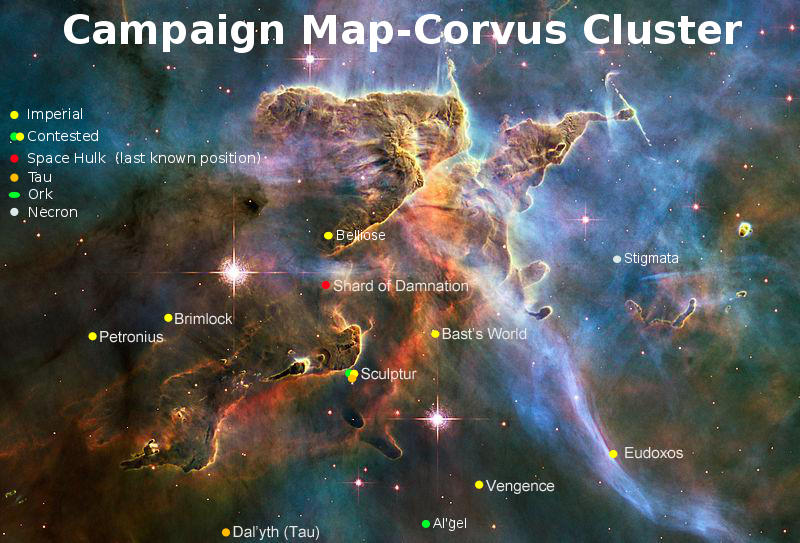 New worlds in the Corvus Cluster

When our narrative campaign began nearly 21 months ago, there were only a handful of planets on our star charts. Yet, as often happens with a narrative campaign, the “story” goes in directions never imagined. Thus a number of additional worlds have made their mark on the great […]

Morkai is a Class H desert world in the Vengence System of the Corvus Cluster. Once an important mining center, the planet has suffered severe depopulation in the past millennia and, with a rapidly declining biosphere, it is estimated that life outside of environmentally controlled hive cities will be impossible […]

HIVE CITIES When the Great Crusade swept through the Corvus Cluster, the first Imperial administrators arrived on Morkai with the intent of quickly developing the planet’s mineral resources for the support of the Emperor’s Legions. Given the planet’s harsh environment, it was decided to organize compact communities atop […]

Morkai: History of a dying world

The Vengence System was reclaimed by the Imperium during the Great Crusade when elements of the Ultramarine Legion swept through the Corvus Cluster in 997.M30. The system’s third planet, Morkai, was populated by primitive desert tribes that welcomed the forces of Terra as gods. Imperial survey teams determined the […]

It’s not always clear how the various planets and moons of the Sculptor System are geographically arranged with regards to one another. This planetary map should help ease the confusion. A note about stellar terminology in the system. Planets have names, but for ease of reference, usually are […] 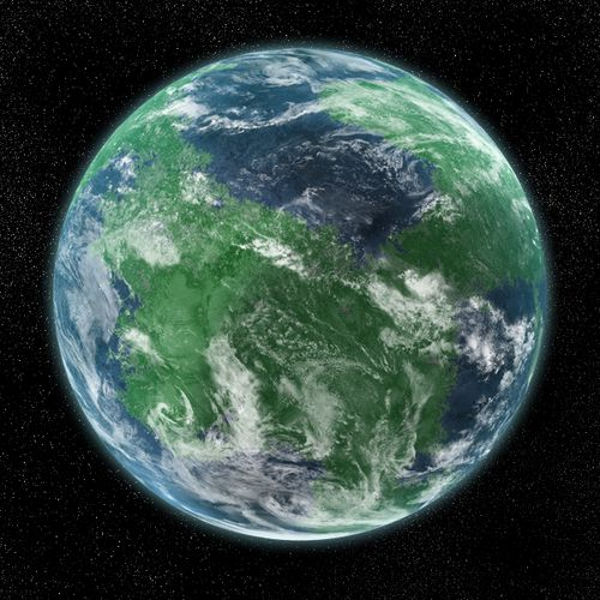 Dar Sai is a relatively undeveloped agricultural world, the second satellite of  Sculptor III. Terraformed sometime during the Dark Age of Technology, the moon has been a backwater world in the system, lightly populated with a small agricultural economy. The moon has assumed greater importance for the Imperium […] 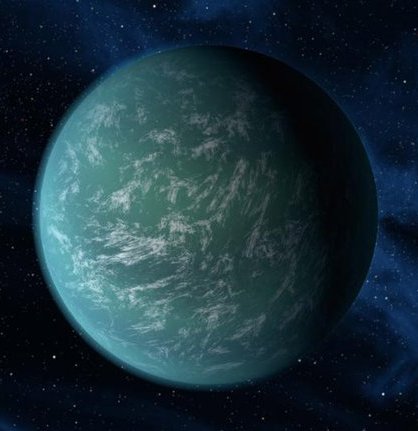 Brimlock is the most important planet of the Brimlock System and serves as the capital of the system’s others planets, administratively organized as “tribute worlds.” Although its technological level is considered somewhat backward compared to most civilized worlds in the Imperium, the planet is heavily industrialized and produces […] 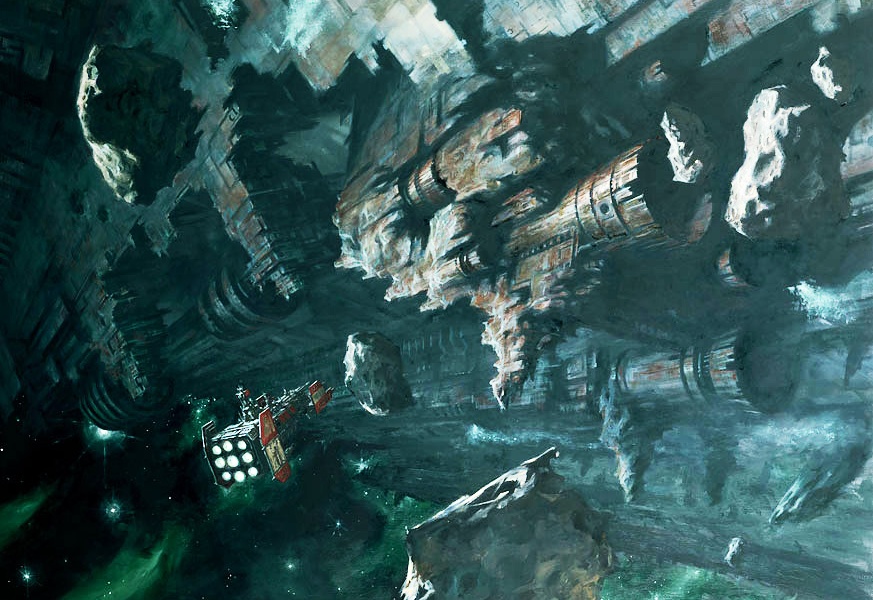 The Shard of Damnation

The Shard of Damnation is one of the smallest—and most mysterious—space hulks that cross the Segmentum Ultima. A traditional conglomeration of starship wreckage, rock, and space debris, the Shard is only 5 kilometers in length, yet for reasons that defy traditional science, the hulk has a habitable atmosphere […]