How many worlds exist within the Corvus Cluster? Well, tens of thousands, at least. so, don’t expect a comprehensive list to be published any time soon. That said, the number of worlds mentioned in this blog over the past four years is impressive enough: 46. Thirty-three of these […]

New worlds in the Corvus Cluster

When our narrative campaign began nearly 21 months ago, there were only a handful of planets on our star charts. Yet, as often happens with a narrative campaign, the “story” goes in directions never imagined. Thus a number of additional worlds have made their mark on the great […] 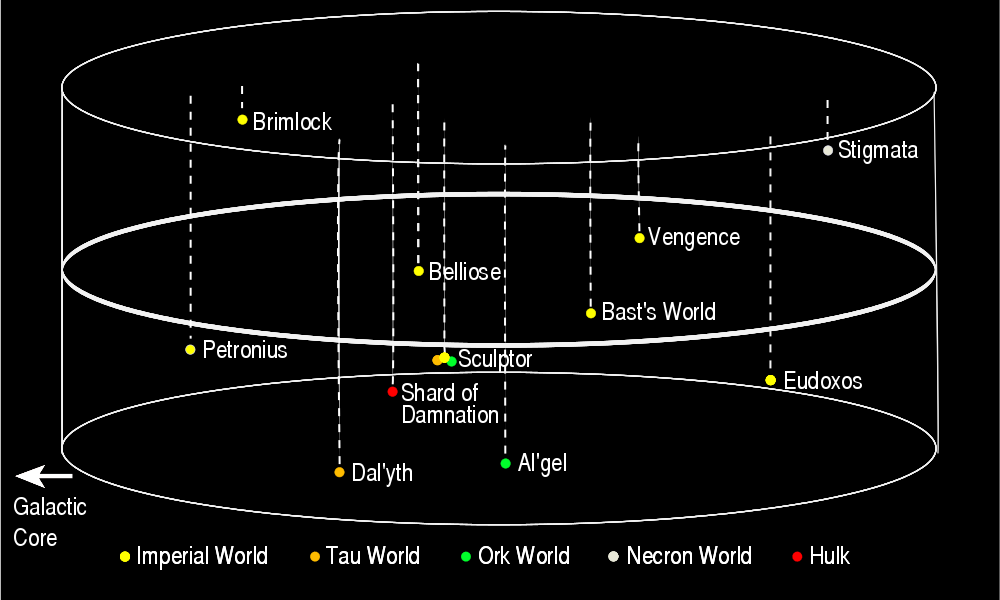 The two-dimensional campaign map (see below) is perfectly acceptable for visualizing the geography of the Corvus Cluster. But it is somewhat misleading. For example, the Brimlock and Petronuis systems appear practically neighbors on the campaign map, yet if you consider their “vertical” positioning—their position in relationship to the […]

It’s not always clear how the various planets and moons of the Sculptor System are geographically arranged with regards to one another. This planetary map should help ease the confusion. A note about stellar terminology in the system. Planets have names, but for ease of reference, usually are […]

The ork invasion of Hegira began about two and a half years ago, when a Rok crash-landed near the southern pole of the moon. Since then, the xenos have solidified their hold over the “southern continent” of the arid moon, and Imperial forces know that they face a […] 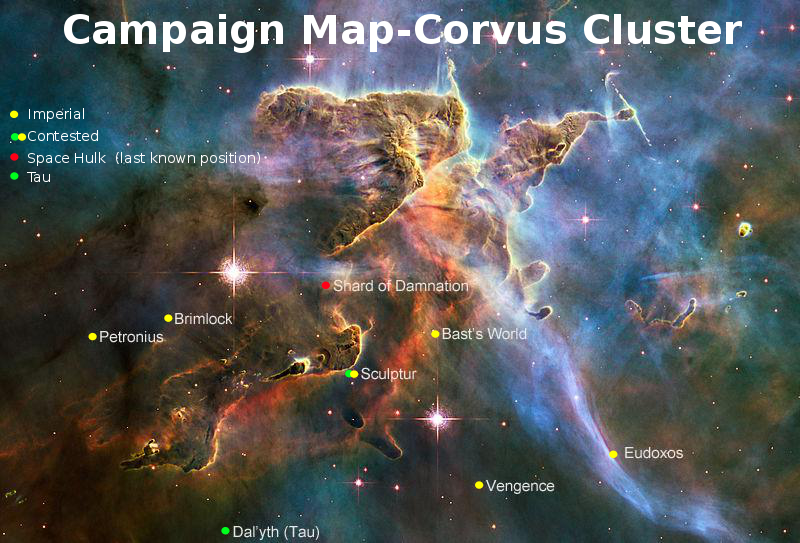 More information about the Cluster will be added as the campaign’s “history” is developed.