It’s not always clear how the various planets and moons of the Sculptor System are geographically arranged with regards to one another. This planetary map should help ease the confusion. 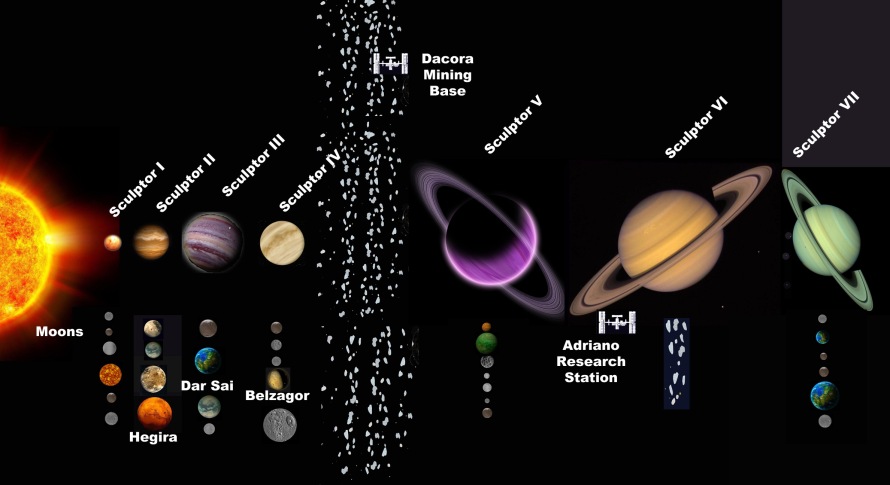 A note about stellar terminology in the system. Planets have names, but for ease of reference, usually are referred to by a Roman numeral after the star’s name. Thus the second gas giant of the system is called Sculptor II.

Moons also have names, but they also are designated by the planetary designation followed by a letter that designates the order of their orbit around the planet. Thus Hegira, as the fourth moon of Sculptor II, is Sculptor IId.

Due to incomplete records and military censorship, some planets and moons may not appear on the most recent stellar charts. But that may change. Although the Sculptor chart above is believed to be accurate, information is not always so reliable in other regions of the cluster.

For example, the forge world of Helios has long been absent from Imperial charts, but if the world ever came under major attack, the subsequent military deployment to save that world would  make it impossible to maintain any secrecy concerning the planet’s location–and it likely would again return to Imperial star charts.