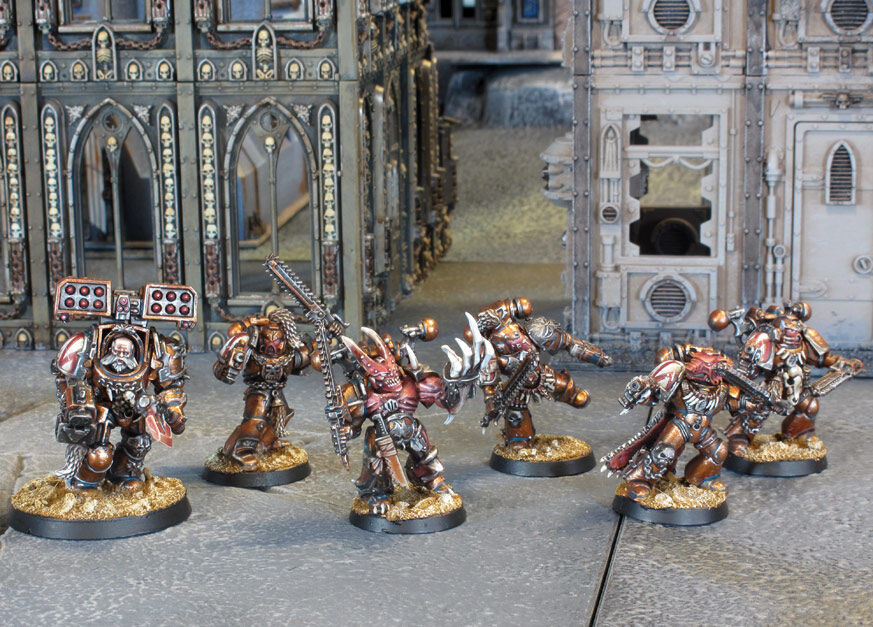 “I murdered thousands for the Emperor and he gave me nothing except his damning silence. Now his lapdogs yap for every life I take, while the gods promise me the galaxy.“— Svane Vulfbad 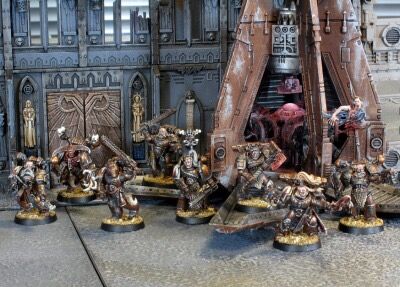 The Arch Heretic of this fallen Space Wolves company is a well-know secret. If word of a fallen Space Wolf reached the ears of the Inquisition, it would serve as a ready excuse to bring wrath down upon Fenris. When Erik Morkai, and his great company passed near the Corvus Cluster, his Rune Priest detected a psychic echo of the skirmish fought on the Carrion Claw (see Blood Wolves and Death Guard clash in space), and the Space Wolves’ strike cruiser diverted to the Cluster in pursuit. Strategic intelligences noted increased space marine activity in the region. (See A Gathering of Wolves.) 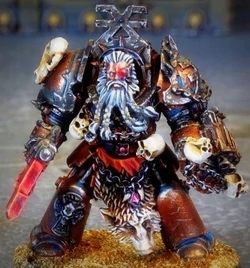 The Blood Wolves were once the Great Company of Svane Vulfbad, a once respected Wolf Lord of the Space Wolve who has turned renegade.

As recounted by one forbidden scroll buried deep within The Fang, Vulfbad the  “became so disillusioned with the grinding workings and soul-killing bureaucracy of the Imperium that he and his Company turned to the worship of Chaos.”  *

Much of his company leans towards the doctrines of chaos undivided, but some of his squads more particularly to the faith of the Blood God Khorne. Like all denizens of the Imperium, former and current, booty in the form of technology, supplies, weapons, and in the case of a Marine Fleet chapter, recruits, are all sought.

The exact purpose for Vulfbad’s foray into the Cluster is yet to reveal itself. However, he has caught the attention of the Space Wolves. Hopefully this latest incursion will be mercifully short.

The Blood Wolvesnow wear bronze power armour. They make use of unit markings similar to those of the Space Wolves, except coloured cream and blood red.

The Blood Wolves also use a wolf’s head with a coiled tongue as well as other blasphemous sigils and iconography of Chaos as their identifying marks.

Note: Images copyrighted by Games Workshop and others. No infringement intended.