The unrecognized role of Captain Speakeman 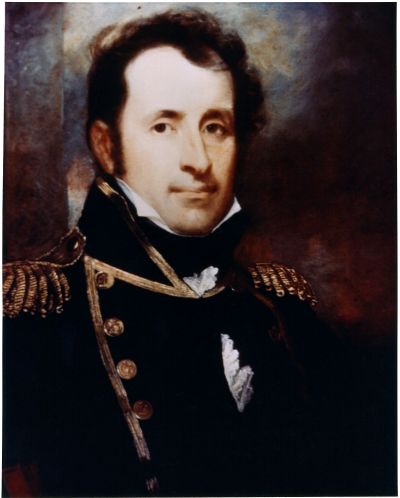 Captain Marcus Speakeman, chief intelligence officer for Fleet Corvus. This portrait, painted when Speakeman was in his 40s, hangs in the family mansion on Belliose III.

The first wave of missiles had struck home, destroying a Tau frigate and damaging one of the larger capital ships that was approaching the Imperial battle line.

Looking away from the tactical screens that fed information to the bridge of The Emperor’s Wrath, Captain Marcus Speakeman, intelligence chief for Fleet Corvus, turned to study the man who would determine the battle’s fate.

Less than three meters away, Commodore Gadea Hennard paced in front of the command throne, his receding forehead bathed in sweat, and a pained look on his face.

“Why hasn’t the second wave of torpedoes been fired?” he snapped at a frightened ensign who had nothing to do with fire control.

Speakeman curbed a sigh of exacerbation that almost escaped his lips. Working for one of the most irascible officers in the Imperial Navy was harder than ignoring the xeno weapons batteries firing in his direction.

It was going to be tough fight, he thought. Intelligence reports had indicated the Tau would make an attempt to break the Imperial blockade of Dar Sai, where a Tau invasion force that was stymied now that its supply lines had been cut. Sure enough, the Tau were making their move—and they’d brought a lot of ships.

[This battle is documented in the battle report: Tau fail to break Dar Sai blockade.]

Not far away, Hennard stopped suddenly and looked up at the tactical screens. For a moment, his eyes narrowed, then he spun and yelled at another aide: “Order the Icendrious and Sword of Retribution to turn 20 degrees to port and bring their starboard batteries to bear. What are they waiting for? Fire!”

The fact that Hennard had ordered all ships to stay at station, until ordered otherwise, crossed Speakeman’s mind. But it would do no good to remind the agitated fleet commander of his earlier instructions.

The commodore didn’t handle stress all that well … nor, for that matter, did he handle matters well when things were calm.

One hour later, the fleets were at effective range, and every ship in the main battle formation had been hit to various degrees. Both the Incendrious and Sword of Retribution had been hit hard, both critically damaged but still in the fight.

“I’m not happy about this, Speakeman,” Hennard said in a low voice to his aide. “Perhaps we should withdraw and ensure the safety of the fleet?”

The question didn’t surprise the intelligence chief. In the early stages of the battle, the Imperial fleet had done well. Two enemy destroyers and a frigate had been hit, and one xeno cruiser had taken some damage. But the Tau had struck back hard, and the battle remained in doubt.

Capital ships advance on the Tau during the 2nd Naval Battle of Dar Sai. The golden capital ship is The Emperor’s Wrath where Commodore Hennard and Captain Speakeman had their influential conversation.

“Yes, but half the Tau fleet is seeking to turn our flank,” the commodore said, worry in his eyes.

“You don’t need to worry about the flanking maneuver,” Speakeman responded. “They’re too far out of position. You’ll destroy this flank before the rest of their fleet can arrive.”

Hennard scowled. “You’re suggesting I bet everything on your estimates, Speakeman. My career depends on this fight.”

For a moment, Speakeman struggled to maintain his composure. But he got himself under control and looked hard into his commander’s eyes.

“With respect, sir, your career is measured by your loyalty to the Emperor and on your commitment to duty. Your orders are to defend this system. It’s not about my estimates . . . or your career.”

“Your job is to fight—and damn well win. This is about looking in the mirror this evening and whether you see the officer you’ve always sought to be.”

Both men locked eyes for a moment, then the commodore nodded and turned to face the bridge.

“Well? What are you waiting for?” Hennard roared. “I want our nova cannon targeting the closest Tau cruiser—and I want it smashed. What do you think we’re here for?” 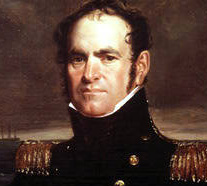 TheGM: This is a personal anecdote that appears in Admiral Speakeman’s memoirs, “My Life in the Imperial Navy,” published in 819.M41.

As is obvious, Captain Speakeman played a profound—if largely unrecognized—role in the military successes of Commodore Hennard. Quite frankly, I’m shocked at the commodore’s repeated victories. Hennard is not the most capable officer in the Imperial Navy (See Commodore Gadea Hennard, Fleet Corvus).

But he’s growing on me. His victory over Dar Sai (Tau fail to break Dar Sai blockade), which is the setting for this account, is a major strategic victory for the Imperium, and it could prove decisive in determining the fate of the Tau invasion of the agri-world of Dar Sai.

The Corvus Cluster is a Warhammer 40K bog documenting our wargaming adventures in the fantastical sci-fi universe of Games Workshop.