How this campaign works 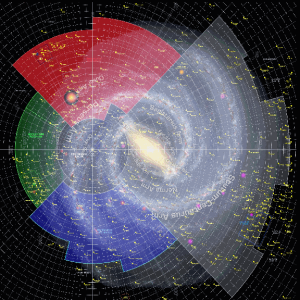 The Clorvus Cluster is a “narrative campaign” set in Games Workshop’s Warhammer 40,000 universe. This blog is the medium by which participants can follow—and, in some cases, shape–the course of events within the campaign.

What is a narrative campaign? It is, in essence, an ongoing story inspired by the results of tabletop battles. Participants in the campaign will fight a series of battles using Warhammer 40K rules—and the results will become part of the “history” of the Corvus Cluster No longer will gamers fight one-off battles that have no larger meaning. Instead, their battles determine what happens next.

For example, one of the first battles that will be fought in the campaign involves an attack by Inquisition forces against a clandestine meeting between Tau diplomats and rebels seeking to overthrow the Imperial tyranny that oppresses the citizens of Belzagor (a moon of Sculptor III). This will be a Kill Team fight using only a few miniatures. If the Inquisition assassinates the Tau and rebels, then Imperial control of Belzagor is strengthened—and there may not be any more battles on the moon.

If the Inquisition fails in its mission, however, open rebellion may break out on Belzagor. This could lead to a punitive expedition by the Imperial Guard that leads to a series of small fights—or a full-scale battle between Imperial forces and the rebels’ Tau allies. And the campaign goes from there ….

How will all this work? As of September 2014, that’s hard to say. For a time, there will be no specific rules for how battles are chosen—or how their results will be incorporated into the larger narrative story. For a time, it’s all going to be a bit of “whatever feels right.”

I see several avenues for developing the campaign’s start:

* I think of an interesting story line and develop a series of battles to “play out.” Let’s say my Inquisition assassination attempt fails, and open rebellion breaks out on Belzagor. I could then develop a three-battle mini-campaign to determine if Imperial authorities suppress the rebellion. That could lead to Tau intervention, which could lead to a series of additional mini-campaigns—perhaps a naval battle, a raid of a space station, or several large battles on the moon to determine who ultimately controls the world.

* My club—or another interested group—develops a story line and hosts a series of games to determine a “historical” event.” For example, if full-scale war breaks out on Belzagor, a club could arrange to fight half a dozen battles of their choosing–and whichever army wins the most battles is assumed to take control of one of the moon’s continents. My club could then do something similar to determine control of a second continent. All of this would shape the campaign.

* Players could fight a one-off battle and write up a Battle Report or a more historical-style description of the battle, and while it doesn’t specifically impact the campaign’s direction, it adds a little flavor to the campaign. The fate of Brother-Sargeant Valerus, as reported in this blog, is based on a scenario I am running at FALL IN!, the November convention of the Historical Miniatures Gaming Society (HMGS)-East chapter. I’ll take some of the details of this convention game and incorporate it into the official history of what happened.

* Fan fiction could “flesh out” the Corvus Cluster. Or a Sunday afternoon Kill Team game could end up as a battle report that has no larger significance—it ends up being the equivalent of a short story set in the 40K universe. Sometime in the future, once I’ve worked out all the details, a club could ask for a corner of the Corvus Cluster for itself and use that background for its own purposes.

We’ll see what develops. I’m excited about the possibilities but recognize there’s a lot of hard work ahead.

Finally, I’d like to express my appreciation to the Sheffield University Wargames Society, a British group whose “Aleph Sector 40K Campaign” (http://alephsector.blogspot.com) inspired this campaign.