Hey. I'm just a wargamer. Feel free to contact me if you have any questions or ideas about the Corvus Cluster. 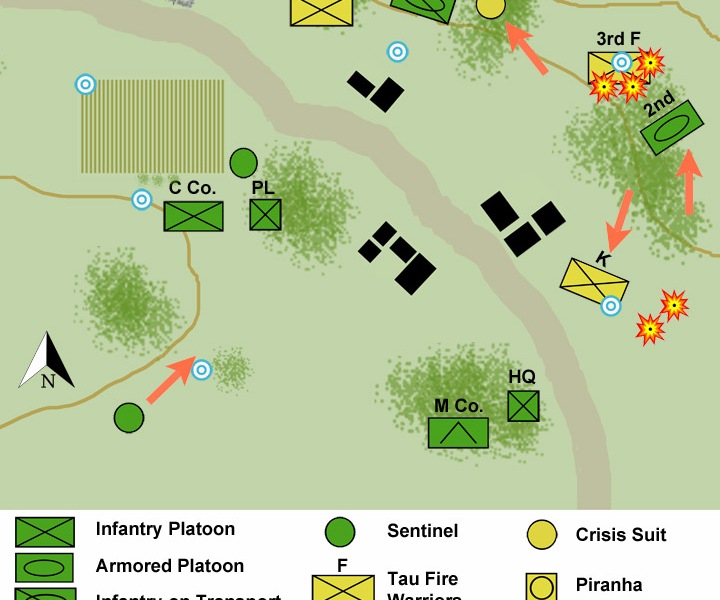 LATE AFTERNOON By late afternoon, the tortured attack by 2nd Armored Co. through the wooded underbrush had run out of steam. Many vehicles were bogged down, and without infantry cover, Tau Fire Warriors were taking their toll using anti-vehicle weaponry. Despite the daunting challenges, 2nd Armored Co. was […] 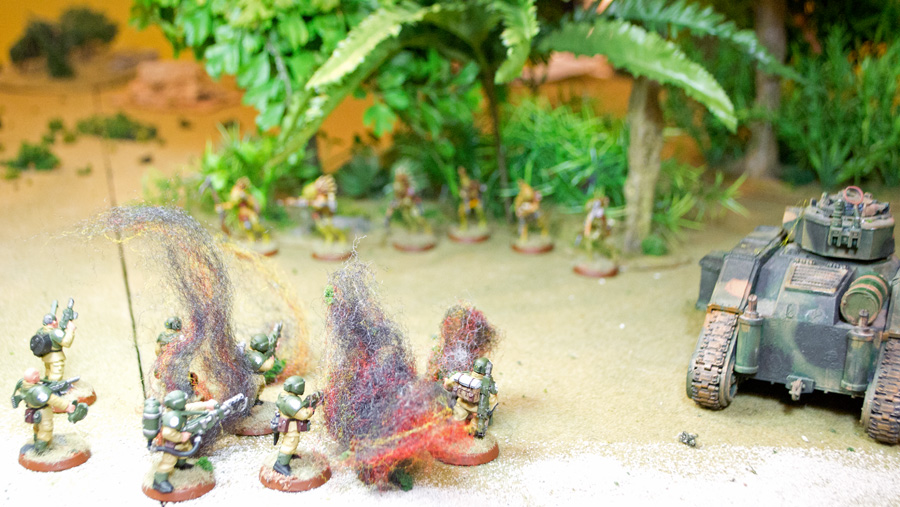 Magnifying the image displayed on his helmet visor, Shas’O Kes’Ath studied the Gue’la defensive line ahead of him. The enemy’s primitive armored vehicles belched black, acridic smoke, making their deployment obvious. His troops had the technological advantage, Kes’Ath thought, but the numbers of Gue’la soldiers concerned him. With […] 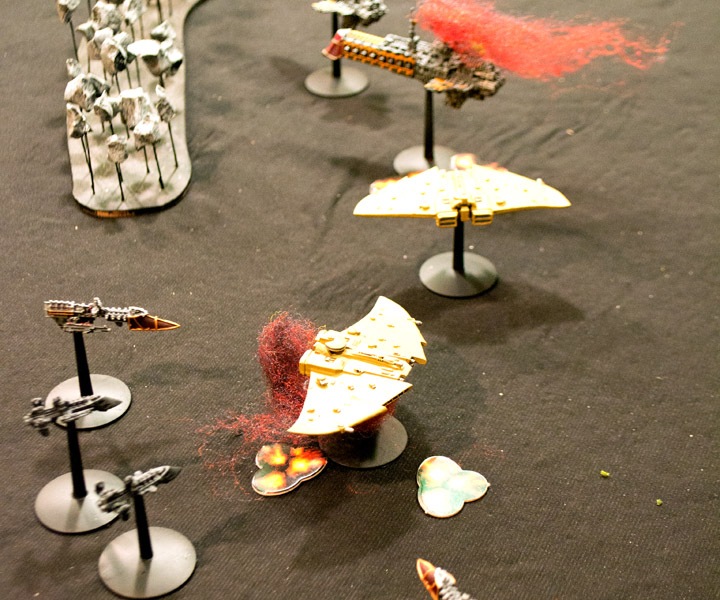 1100-1200 (TURN 5) At this point of the battle, both fleets were firing at point-blank range–with weapons batteries, lances, railgun batteries,  ion cannons, and torpedoes blazing away. Not suited to close-in fighting, The Emperor’s Fist, launched another wave of Starhawk bombers and then turned to starboard to avoid […] 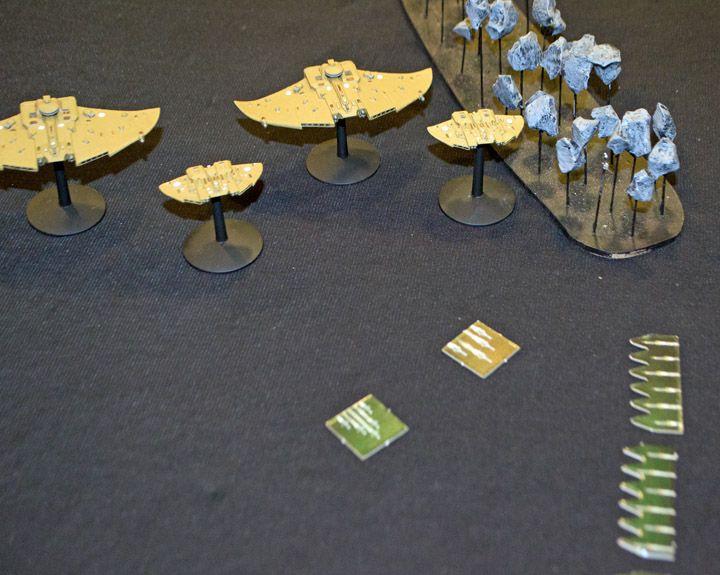 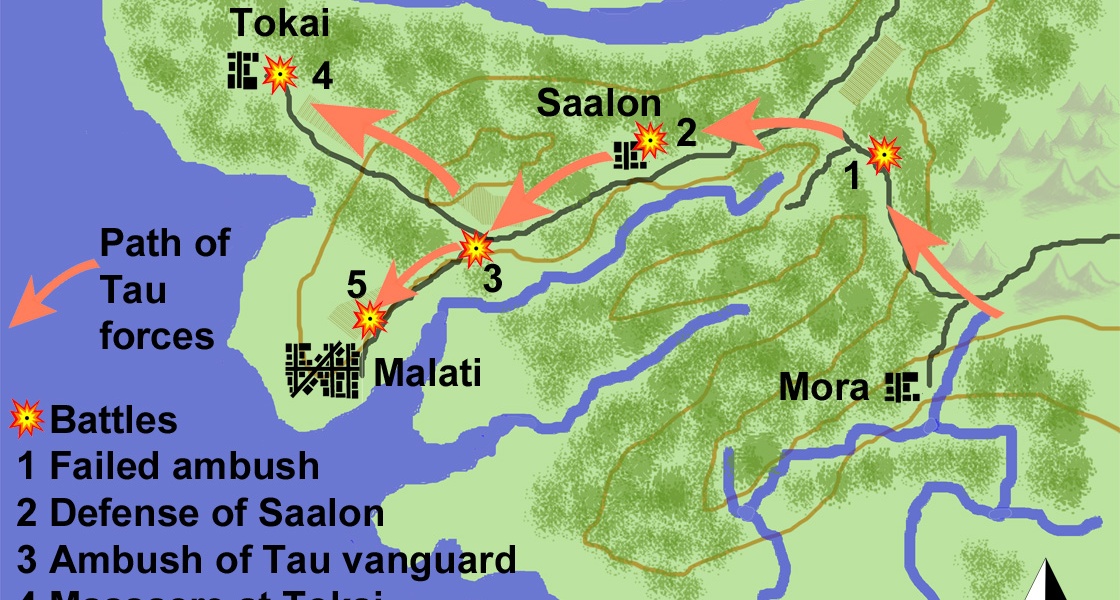 The Tau advance on Malati was a 40-day military campaign that occurred in the early stages of the Tau invasion of Dar Sai in 735.M41. The compaign, fought in the western half of the moon’s largest continent, Kadavu, was notable for  four small military engagements between the advancing […] 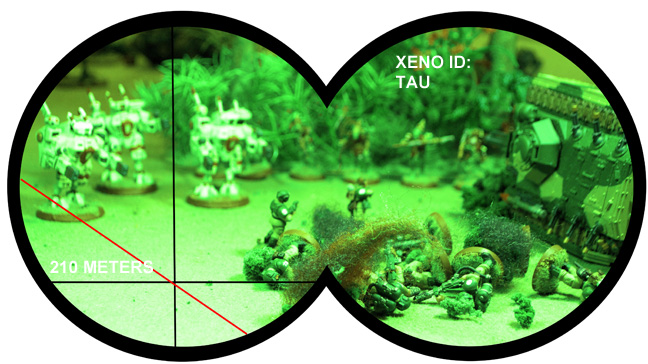 Battle of the White Tower

VOXCAST (Dar Sai – 3 244 735.M41)–An Imperial offensive against Tau insurgents operating on Dar Sai (second moon of Sculptor III) was repulsed yesterday despite a spirited attack by elements of the 728th Cadian Regiment. Commanded by Captain Stevrous Stark, who won acclaim for his previous victories against the […] 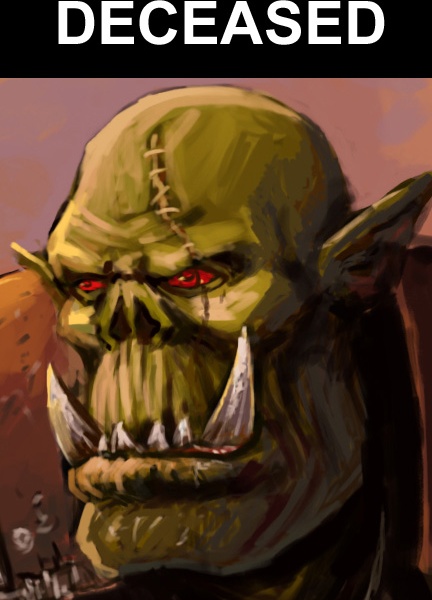 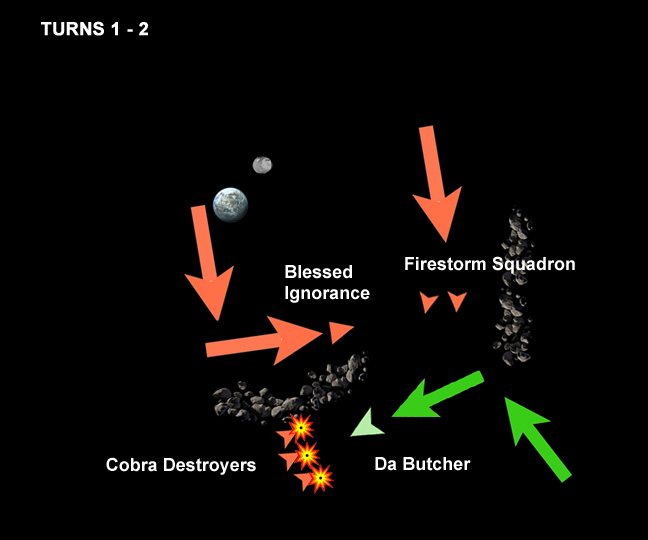 The Hegira Disaster was an Imperial Navy defeat suffered on 3 242 735.M41 in the Sculptor System of the Corvus Cluster. The battle involved a single Kill Kroozer, commanded by the infamous Kaptin’ Stompafist, that destroyed an entire Imperial Navy flotilla of seven ships. The defeat overturned the balance of […]

The Imperial Guard has yet to win a battle against the ork invaders on Hegira. So I’ve been searching for a strategy that will improve my odds in a toe-to-toe with the xenos. To that end, my future battle plans involve the  deployment of a veteran squad of […]

Whether you are a manufactorum worker living in the squalor outside a great hive city–or a mutant struggling to survive in the radiation-soaked wastelands of a desert planet–your most likely home across the Corvus Cluster is the humble and cobbled-together rockcrete and plasteel shanty. At the recent Cold […]