Over the years Del had put together Imperial Guard and Tau armies for “serious” science fiction gaming, mostly skirmishes using home rules or other published rules such as the Dr Who Miniatures Game (DWMG). I had played a couple of games of WH40k about <ahem> 25 years ago and had accumulated a number of GW ork figures over the years. Choosing an opposing force for the campaign was easy. The next step was to decide on a theme. I had painted up two Bad Moonz mobs for our other games and I now finally had a motive to finish up the others still in boxes.

First up was to think of a name and a legend for the Warboss. Using a pirate name generator, we Introduce Kaptin Rumlar, Freebooter and distiller of fine Fungus Rum.

“Kaptin” Rumlar and his small band of cutthroats were defeated in battle on Veris Island. Praise to the Emperor for his favor! Official Imperial notice is due to the relatively heavy losses suffered by our forces in driving off the attempted capture of the Island. We are not aware of any honorifics or titles associated with his captaincy at this time.

Intelligence reports indicate Rumlar, an impetuous Nob, was defeated in an attempt to supplant an Ork Warboss. He and his band escaped in a small, broken down Rok named “Pebbles”. In 733.M41 this same Rok impacted Hegira in the Southern continental zone causing widespread destruction. He and his warband may be attempting to establish a base of operations and capture or build a new ship.

Rumlar lost a large part of his force as a result of The Veris Incident but escaped in good order with plunder consisting of scrap metal, parts salvaged from the detritus of the battlefield and possibly a civilian prisoner.

Communications with southern command is sporadic due to atmospheric disturbances. It is not yet known how large a force Rumlar has at his disposal. His forces have captured several mining camps and we have lost contact with the southern administration center. We fear further incursions and request regular reinforcements to the Planetary Defense Force (PDF). Updates will follow as the situation develops.

We hope these reports may provide useful information in formulating a cohesive strategy in the containment and destruction of these vermin.  In the Emperor’s name. 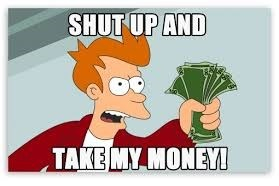